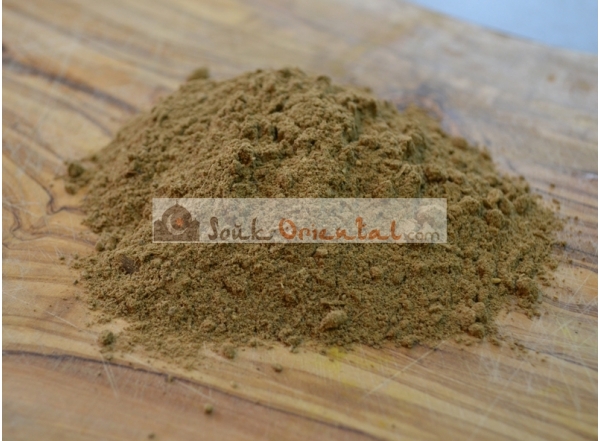 The Indian Costus, the root bark of plants, whose particular smoke and woody smell may remind you of ginger is also called al qosst or Al-Qist al Hindy.

Notify me when available
The Indian Costus is a piece of wood reminiscent of Siwak or Ginger or Turmeric roots.

Once ground, it can be diluted in water for inhalation or drinking.

You can also drink it with honey or olive oil.

Inhalation of costus is beneficial for diseases of the respiratory system, sinusitis, asthma, tuberculosis, angina and inflammation of the throat, fever.

The Indian Costus is effective against migraines, gastric disorders.

"It's up to you to use" Al 3Oud al Hindy ", because it contains seven remedies, it is inhaled through the nostrils to remove throat pain and placed on the sides of the mouth for the relief of Dhaat al Janb (disease that gives abscesses) "
(Collected by Bukhari and Muslim.)


Imam Ahmad and the authors of the Sunnans collected a hadith under the authority of Jabir that the Messenger of Allah صلى الله عليه وسلم said:

"If a child is inflicted with a tonsil or a headache, then let his mother take al-Qist al-Hindy, rub it in water and let it breathe in the form of droplets through his nostrils."

The doctors mentioned that the benefits of al-Qist are:

It can also be added to Olive Oil as an external message.

No customer reviews for the moment.